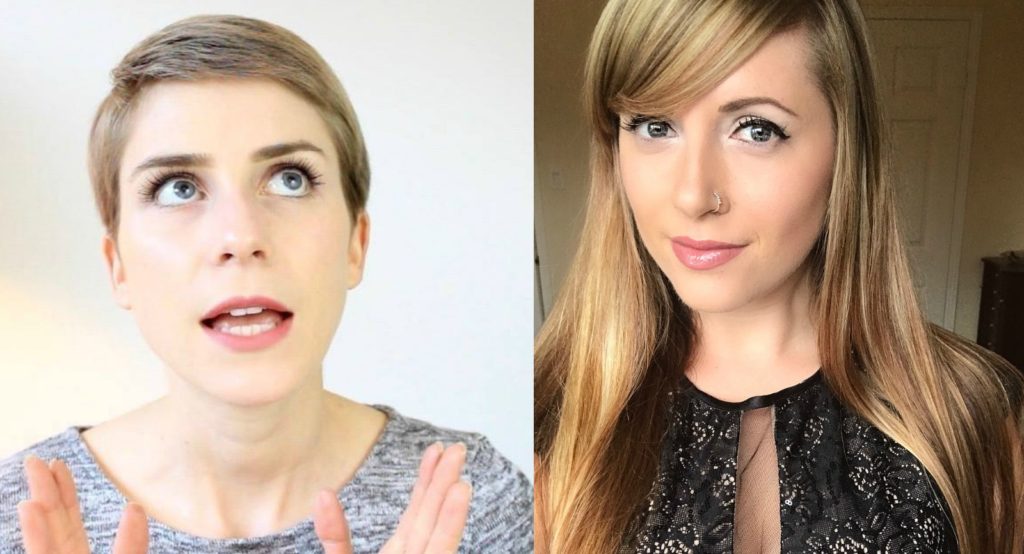 Marine (left), better known in the vegan community as “A Privileged Vegan,” hosts a popular YouTube channel dedicated to educating herself and teaching others about pro-intersectional veganism. On her show, she discusses how oppressions are connected by overarching systems of domination, and encourages activists to build bridges with other social justice movements. Marine currently lives in Paris, where she is from, after finishing a Fulbright Research Scholarship in Argentina, where she studied the medical care accessible to transgender patients and became a published author. She graduated from Barnard College of Columbia University with a B.A. in Political Science and Gender Studies. She recently launched a facilitation training program and is now teaching educators how to facilitate dialogue for anti-oppression education.

Mexie (right) hosts a popular YouTube channel, Mexie, where she provides grounded critiques of capitalism and explores issues relating to social/environmental/economic justice and animal liberation. Mexie is from southern Ontario and lives in Toronto. She is a published author and holds a P.h.D. in Human Geography (Political Ecology) which she received on a SSHRC scholarship. Her work explores the intersections between political economy and environmental governance, with a focus on decolonizing conservation.

Mexie and Marine met via YouTube and became fast friends. After talking nearly every day for a year over voice notes and Skype, they finally got the opportunity to meet in Paris, and it was absolutely magical!

The Podcast was born from both women wanting to share their thoughts and conversations to a broader audience using a more flexible medium than video. With YouTube, videos have to be short, concise and well-edited visually to catch (and keep) peoples’ attention. While this works well for certain topics, some issues really need to be talked out to do them any justice, which simply can’t be done in a 10 minute span. The hosts were talking so much via voice note anyway, they figured they would have enough material! Both are incredibly excited to share their passions and perspectives with you all.